Advancing economic growth in West Africa and the Sahel region 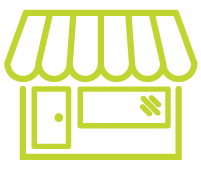 The West Africa and Sahel region bordering the Sahara Desert are among the most fragile in the world, struggling against high rates of poverty, unemployment, conflict, and desertification that contribute to instability. Small and medium enterprises are particularly hard hit by a lack of long-term financing to help them grow due to real and perceived risk of investing in the region. Further, women-led businesses face more limited access to financing, business training, and market information, which limits their ability to gain credit relative to men.

A $14.75 million loan guaranty with Cordaid Foundation and its impact investment firm, Cordaid Investment Management, will support lending to small and medium enterprises in Burkina Faso, Guinea, Mali, and Sierra Leone with a goal toward amplifying local economies to create jobs and promote stability. Approximately three-quarters of the lending will support long-term loans to small and medium enterprises, with the remainder targeted to microfinance institutions for on-lending to microenterprises.

Cordaid, which is focused on investing in the world’s most fragile economies, has also raised first-loss capital from the USAID West Africa Trade and Investment Hub and the Dutch Postcode Lottery that will support DFC’s guaranty, and is working to attract additional private capital. It expects to lend at least $37 million to 50 small and medium enterprises and eight microfinance institutions by 2025, supporting at least 2,100 new jobs and 8,000 microentrepreneurs.

The project advances DFC’s 2X Women’s Initiative, with at least 30 percent of lending slated to support businesses that are owned by or led by women, or which offer a product or service that delivers tangible benefits to women.