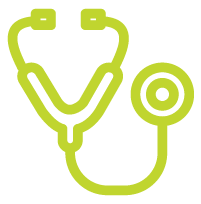 Insufficient sanitation around the world is a major cause of disease, including diarrheal diseases that contribute to malnutrition. An estimated two billion people worldwide lack access to modern clean toilets, and in Kenya, less than a third of the population has access to this basic sanitation. The lack of underlying sewer infrastructure in many of the world’s urban areas means that an innovative solution is needed to address this challenge.

Financing and technical assistance and feasibility study support is helping Sanergy expand its ten-year old business introducing standalone modern toilets in the slums of Nairobi. Sanergy, which was founded by students at the Massachusetts Institute of Technology’s Sloan School of Business, developed a toilet that safely collects waste, along with a process for converting that waste to animal feed and fertilizer. The waste is transported to a processing facility where pathogens are eliminated, and then used as feedstock for fly larvae, which are incubated, pasteurized, dried and sold as animal feed. The remaining waste is composted to create a nutrient-rich organic fertilizer.

Sanergy’s toilets serve more than 100,000 people in and around Nairobi each day and have processed almost 10,000 tons of waste. DFC’s support will help the business expand its processing capacity so it can produce and sell more feed and fertilizer, develop additional products, and analyze the possible expansion of the company’s operations to other parts of Kenya and other countries in Africa.