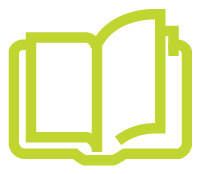 In 2012, political unrest in Mali led many schools, including the American International School of Bamako, to evacuate and lose income, which threatened their ability to reopen.

Payment on a political risk insurance claim enabled the American International School of Bamako to cover income lost from the evacuation so that it was able to reopen and serve existing students, as well as others from neighboring schools that remained closed. The insurance protected the school against loss of business income resulting from political violence so that it could serve as a place of stability during an uncertain time.