OPIC Swears In New Board Member 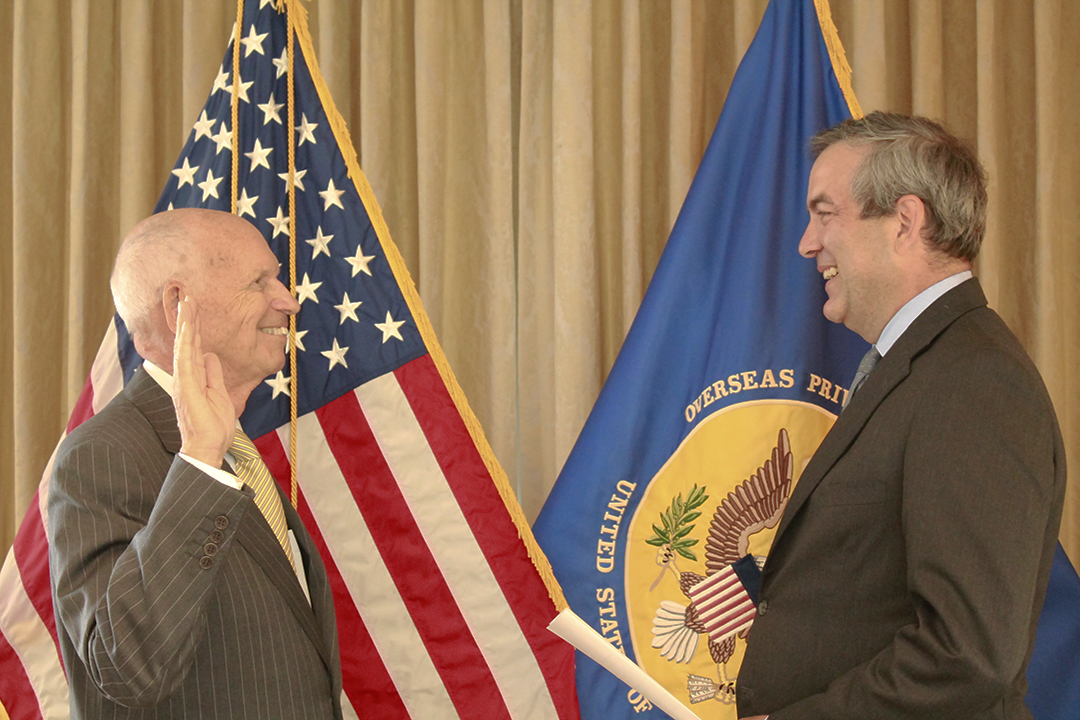 “We are pleased to welcome Mr. Bailey to OPIC’s Board of Directors at such an important time for the agency,” said OPIC Acting President and CEO David Bohigian. “Mr. Bailey brings expertise in the financial services industry and significant private sector experience to the Board.”

Christopher P. Vincze was also sworn in today. The new members were nominated to the OPIC Board by President Donald J. Trump and confirmed by the United States Senate on June 13, 2019.

OPIC is preparing to transform into a new, modernized agency called the U.S. International Development Finance Corporation (DFC) in October. Equipped with a more than doubled investment cap of $60 billion and new tools like equity authority, the DFC will have more resources to invest in the least developed countries around the world.

Read more about the new Board member:

After a 35 year career in the financial services industry, Mr. Bailey joined Chrysalis Ventures as a Managing Director in 2001. He was formerly Chairman and CEO of Providian Corporation, an insurance and diversified financial services company. During the time he was CEO, he also served as Chairman of the American Council of Life Insurance. Earlier in his career, he managed the investment portfolio of several insurance companies. After Providian’s sale to Aegon, NV, he went on to become Vice Chairman of Aegon as well as Chairman of its Risk Committee. He is also a former director of a number of private and public companies, including Hospira, Inc and Computer Sciences Corporation.

Mr. Bailey is a Trustee of Save the Children as well as a Director and co-founder of Operation Open Arms, which places children of incarcerated mothers with caring foster families in the Louisville, KY area.

Mr. Bailey is a graduate of the University of Colorado, where he was a member of Phi Beta Kappa. He received his MBA with distinction from the Stern Business School at New York University.

OPIC services are available to new and expanding businesses planning to invest in more than 160 countries worldwide. Because OPIC charges market-based fees for its products, it operates on a self-sustaining basis at no net cost to taxpayers. All OPIC projects must adhere to best international practices and cannot cause job loss in the United States.