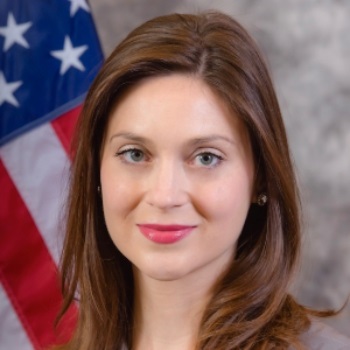 Prior to OPIC, she helped develop the Office of Congressional and Public Affairs at the Millennium Challenge Corporation (MCC), during its launch in 2005. While at MCC, Burke covered diplomatic relations, press, global branding, and legislative affairs. After MCC, she worked with the U.S. Agency for International Development’s Office of Development Credit Authority where she managed digital media and communications.

While attending Seton Hall University and George Mason University earning a B.A. in Diplomacy and International Relations, she interned with the Embassy of Australia and for a Member of Congress in the House of Representatives on the House Foreign Relations Committee in Washington, DC. Burke is an Alumna of George Washington University’s Graduate School of Political Management.