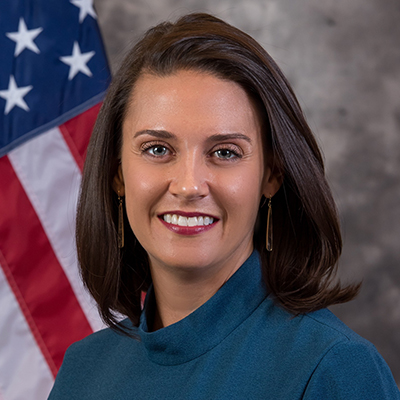 Ms. Meiners previously served as the Principal Deputy Assistant Secretary for Public Affairs at the U.S. Department of the Treasury where she worked to advance Departmental priorities, including regulatory and financial reform, foreign investment, sanctions, and combatting illicit finance. This was Ms. Meiners’ second stint at the Treasury Department, having previously served as the Director of Public Affairs and Senior Advisor to the Under Secretary for Terrorism Financial Intelligence.

In the years following the 2008 financial crisis, Ms. Meiners was a Director on the Corporate Communications team at Citi where she helped to drive the global institution’s public engagement on policy and legislative priorities. Ms. Meiners also oversaw the financial services practice at Reservoir Communications Group, a communications firm focused on crisis, policy, and brand management.

Ms. Meiners began her career in Washington, D.C. on Capitol Hill at the House Conference and later served as the Press Secretary for the Ways and Means Committee.