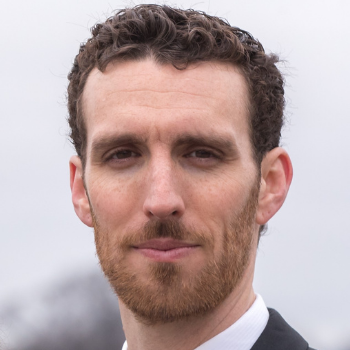 Kyle Murphy is the Senior Advisor to DFC’s Chief Executive Officer (CEO). He advises the CEO on the full range of DFC operations, including agency strategy, cooperation within the U.S. Government, and external partnerships. He also plays a central role in helping the CEO integrate DFC’s innovative tools into U.S. development and foreign policy.

Mr. Murphy served at the White House between 2015 and 2017 as the National Security Council director for West Africa and as the acting senior director for Africa during the 2017 presidential transition. He also served as a senior analyst with the Department of Defense, where he managed department-wide programs and assessed political, security, and economic issues across Africa.

Mr. Murphy began his career in government as a Senate staffer focused on energy, environment, and transportation policy. Previously, Mr. Murphy worked in youth education, sustainable agriculture, and community organizing. Most recently, he was a non-resident senior associate at the Center for Strategic and International Studies (CSIS).

Mr. Murphy holds a B.A. from James Madison University and an M.A. from Georgetown University’s School of Foreign Service.