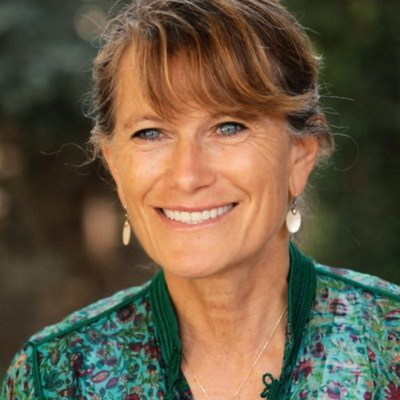 Jacqueline Novogratz’s work began in 1986 when she quit her job on Wall Street to co-found Rwanda’s first microfinance institution, Duterimbere. The experience inspired her to write the bestseller, The Blue Sweater: Bridging the Gap between Rich and Poor and create Acumen. A pioneer of impact investing, to date Acumen has invested $145 million of patient capital into 180 companies impacting the lives of nearly 443 million people across Africa, Latin America, South Asia, and the United States. In 2015, Fast Company named Acumen one of the world’s Top 10 Most Innovative Not-for-Profits.

Prior to Acumen, Ms. Novogratz founded and directed The Philanthropy Workshop and The Next Generation Leadership programs at the Rockefeller Foundation. Ms. Novogratz serves on the boards of the Aspen Institute and 60 Decibels and sits on the Advisory Councils of the Harvard Business School Social Enterprise Initiative, the Oxford Said Global Leadership Council, the NYU Stern Center for Business and Human Rights, and UNICEF.

She is a frequent speaker at forums including TED and the Aspen Ideas Festival. Her best-selling memoir The Blue Sweater chronicles her quest to understand poverty and challenges readers to grant dignity to the poor and to rethink their engagement with the world. Her latest book, Manifesto for a Moral Revolution, offers concrete practices for building a better world.

She has been named one of the Top 100 Global Thinkers by Foreign Policy, one of Insider’s Climate Action 30 leaders, one of the 25 Smartest People of the Decade by the Daily Beast, and one of the world’s 100 Greatest Living Business Minds by Forbes, which also honored her with the Forbes 400 Lifetime Achievement Award for Social Entrepreneurship.

She holds an M.B.A. from Stanford and a B.A. in Economics/International Relations from the University of Virginia.