U.S. International Development Finance Corporation (DFC) is a modern, consolidated agency that brings together the capabilities of OPIC and USAID’s Development Credit Authority, while introducing new and innovative financial products to better bring private capital to the developing world. The U.S. will have more flexibility to support investments in developing countries to drive economic growth, create stability, and improve livelihoods.

DFC makes America a stronger and more competitive leader on the global development stage, with greater ability to partner with allies on transformative projects and provide financially sound alternatives to state-directed initiatives that can leave developing countries worse off. 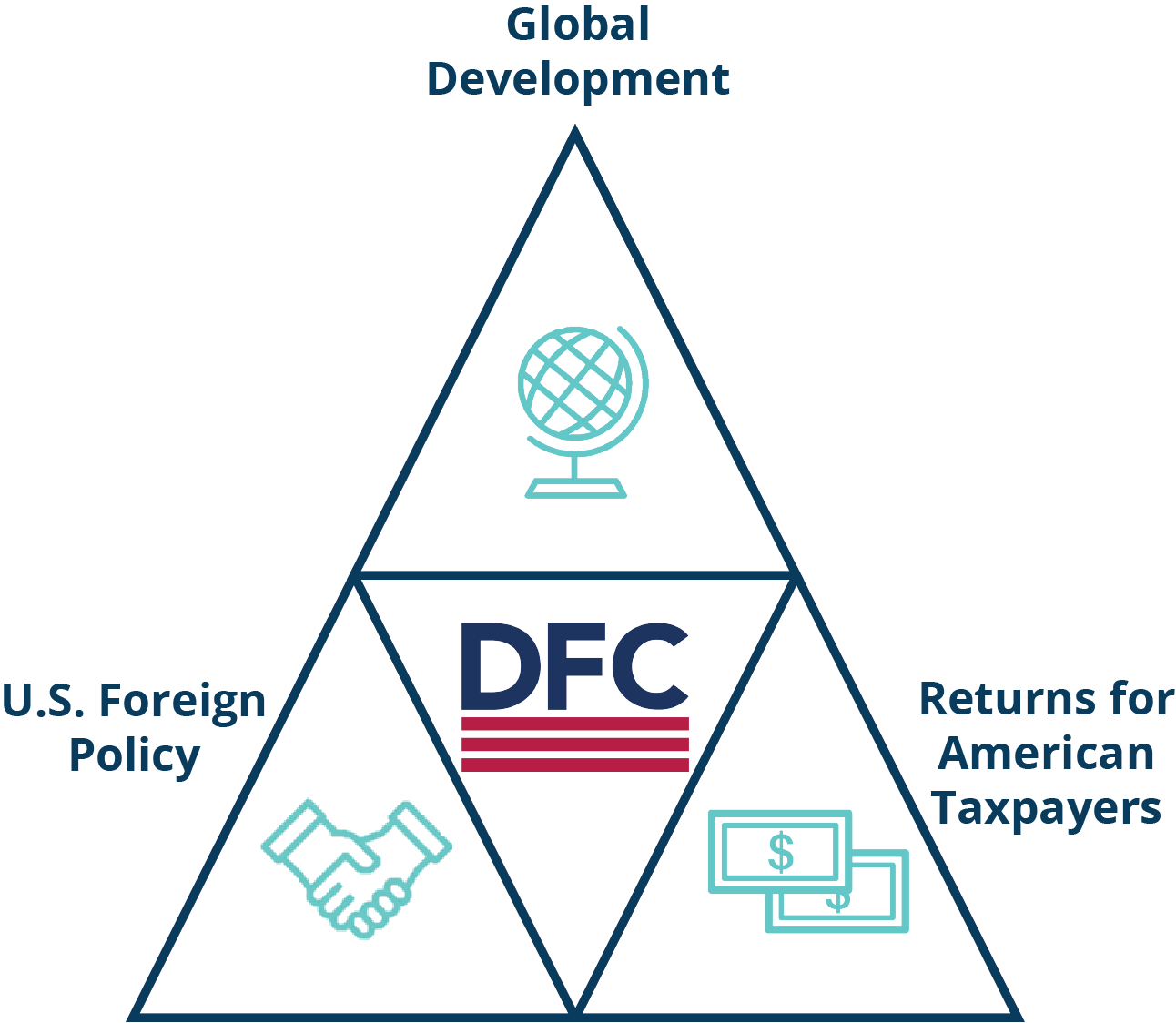 Is DFC part of the U.S. Government?

Yes. DFC was established in 2019 through the passage of the BUILD, or Better Utilization of Investments Leading to Development, Act which strengthened and modernized American development finance. The BUILD Act combined the capabilities of the Overseas Private Investment Corporation (OPIC) and the Development Credit Authority which had previously been housed in the U.S. Agency for International Development (USAID).

DFC is committed to generating returns for the American taxpayer through its investments in development.

Why is DFC important to the United States?

DFC advances American foreign policy and American commercial competitiveness. The investments DFC mobilizes serve as stabilizing forces in developing countries around the world, including some of the world’s poorest countries and regions affected by conflict. Investment in these markets also helps American businesses gain footholds in many of the world’s fastest-growing markets.

How does DFC support development in emerging markets?

Which projects are eligible for DFC support?

All projects DFC supports must be based in countries where DFC is authorized to do business, meet DFC investment standards, and have a strong track record in the industry.

What types of projects does DFC support?

DFC supports projects in a variety of industries from critical infrastructure to power generation, healthcare, agriculture, technology, and financial services.

How is DFC different from the Overseas Private Investment Corporation?

How is DFC’s approach to development different from that of China?