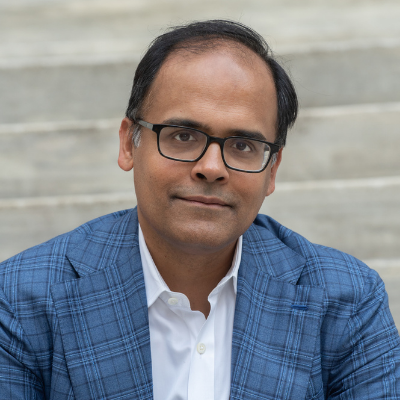 Deven Parekh is a Managing Director at Insight Partners, a growth equity investment fund based in New York City. Since joining Insight in 2000, he has made more than 130 investments in enterprise software, data, and consumer internet businesses globally, including in North America, Europe, Asia, Middle East, Africa, Latin America, and Australia.

In addition to his work at Insight and for DFC, Mr. Parekh currently serves as a Board Member for the Council on Foreign Relations, the Carnegie Endowment for International Peace, NYU Langone, and the Tisch New York MS Research Center.

In 2021, Mr. Parekh was named a recipient of the Robert F. Kennedy Ripple of Hope Award. He is also a Henry Crown Fellow of the Aspen Institute and a member of the Economic Club of New York.

Prior to joining Insight, Mr. Parekh was a Principal at Berenson Minella & Company, a New York-based merchant banking firm, where he served on the M&A Committee. He also worked for Blackstone on M&A and other investment activities. Mr. Parekh has a B.S. in Economics from the Wharton School at the University of Pennsylvania.