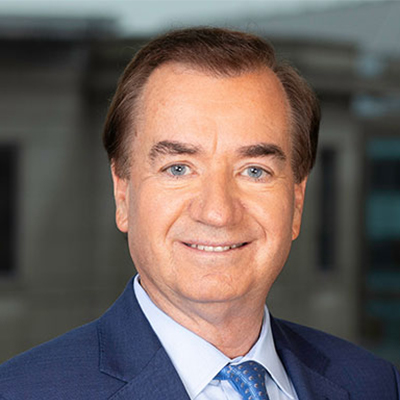 Ed Royce served in the U.S. House of Representatives for 26 years, representing California’s 39th district and serving as chair of the House Foreign Affairs Committee from 2013 to 2019. He now uses his foreign affairs acumen and legislative insight to advise international companies doing business domestically and guide multinational corporations looking to expand overseas.

During his time in office, Ed was a dealmaker, crossing party lines to build bipartisan consensus and move legislation. Ed’s leadership as chair of the House Foreign Affairs Committee advanced human rights, free and fair elections, economic development, women’s empowerment, and security around the globe. He authored critical legislation to address threats from Iran, North Korea and Russia, and modernized export control laws to maintain the United States’ edge in emerging fields like robotics and artificial intelligence. Ed also served as a senior member on the House Financial Services Committee, where he led efforts to enact regulatory reforms impacting insurers and credit unions. He was among the first to identify systemic risk in the housing finance system before the 2008 crisis, and authored legislation to create a single strong regulator for Fannie Mae and Freddie Mac.

Ed championed a number of critical bills over the span of his career and worked hard to pass legislation targeting issues of global concern. He authored the END Wildlife Trafficking Act, which combats the illegal poaching and trafficking of imperiled species. He co-authored the Electrify Africa Act, which provides access to power for life-saving medical treatments and modern technologies. During his last year in office, Ed shepherded the BUILD Act through Congress, which enhances U.S. programs that support expansion and job creation in developing economies in Africa and around the world. As a California state senator, Ed authored the nation’s first anti-stalking law. He continued fighting for this issue in Congress, writing and passing a law making it a federal crime to pursue a victim across state lines and allowing law enforcement to intervene before any violence occurs.