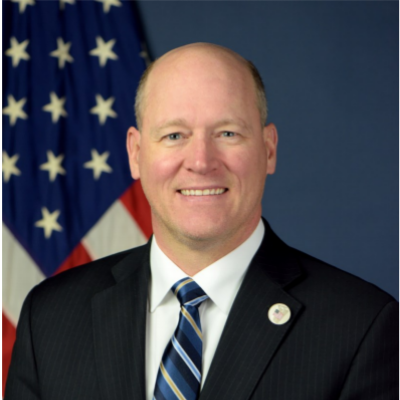 Anthony “Tony” Zakel serves as Inspector General to strengthen OIG’s contributions to and support of integrity, efficiency and effectiveness in the foreign assistance programs and operations provided by the U.S. International Development Finance Corporation.

Mr. Zakel previously served as the Deputy Assistant Inspector General for Aviation Audits at the U. S. Department of Transportation from 2016 to 2020, where he was responsible for managing audits of a wide range of Federal Aviation Administration (FAA) programs. Mr. Zakel assumed his position after 25 years of experience in managing large projects and programs. The office’s significant accomplishments include its audit which found that FAA allowed Southwest Airlines to operate aircraft without ensuring compliance with regulations, putting the lives of 17.2 million passengers at risk, and a timeline of activities leading to the certification of the Boeing 737 MAX8 Aircraft and actions taken after the October 2018 Lion Air accident.

From 2011 to 2017, Mr. Zakel served as a Program Director in the Department of Transportation’s Office of Surface Transportation Audits, managing audits of the Federal Transit Administration’s (FTA) and Federal Highway Administration’s (FHWA) oversight of transportation infrastructure investments. Notably, his teams have reviewed FTA’s progress and challenges in establishing its Emergency Relief Program and safeguarding the Nation’s multibillion-dollar investment in areas affected by Hurricane Sandy. His teams have also evaluated FTA’s and FHWA’s engineering and financial oversight of large projects exceeding $1 billion in total costs.

Prior to DOT OIG, Mr. Zakel was a director in FTA’s Office of Oversight and Program Guidance. In addition, he served as a director in the Directorate of Installations and Logistics at the National Security Agency, leading major capital improvement projects. Before his Federal service, Mr. Zakel worked for 15 years as an engineer and program manager at Morrison Knudsen, Booz Allen & Hamilton, and Parsons Transportation Group on transportation and infrastructure projects in the United States and England.