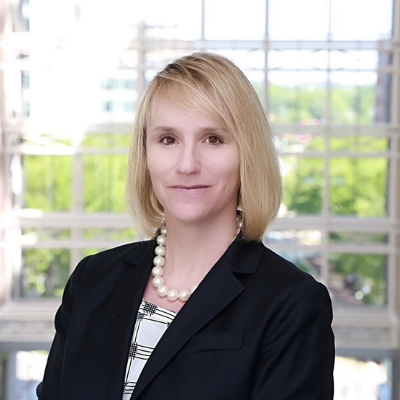 Ms. Donbeck was instrumental in bringing DevOps and Agile methodologies to her former agency, the U.S. Patent & Trademark Office (USPTO), where she successfully led a team that launched one of the first automated development pipelines in the federal government. Additionally, she participated in numerous grassroots efforts with other federal agencies, such as NASA and the Department of Homeland Security, and industry partners to promote the benefits of DevOps and Continuous Delivery methodologies.

As the Deputy Director of Trademark Acquisitions, Program & Planning at the USPTO, she led the establishment of a customer requirements gathering organization and instituted governance processes to promote improved long-term IT system delivery. Additionally, at USPTO, she served as the Director of the System Configuration & Automated Delivery Division, which focused on providing Continuous Delivery and Continuous Integration (CI/CD) development practices. Before coming to USPTO, Tina served as the Branch Head for the Enterprise Transformation Branch for the Department of the Navy CIO (N6). Her efforts there focused on public outreach with academia and the private sector to garner IT best practices for implementation within the Navy.